You Are Here: Home → On Baseball: After Barrage of Home Runs in the World Series, Juicy Theories as to Why 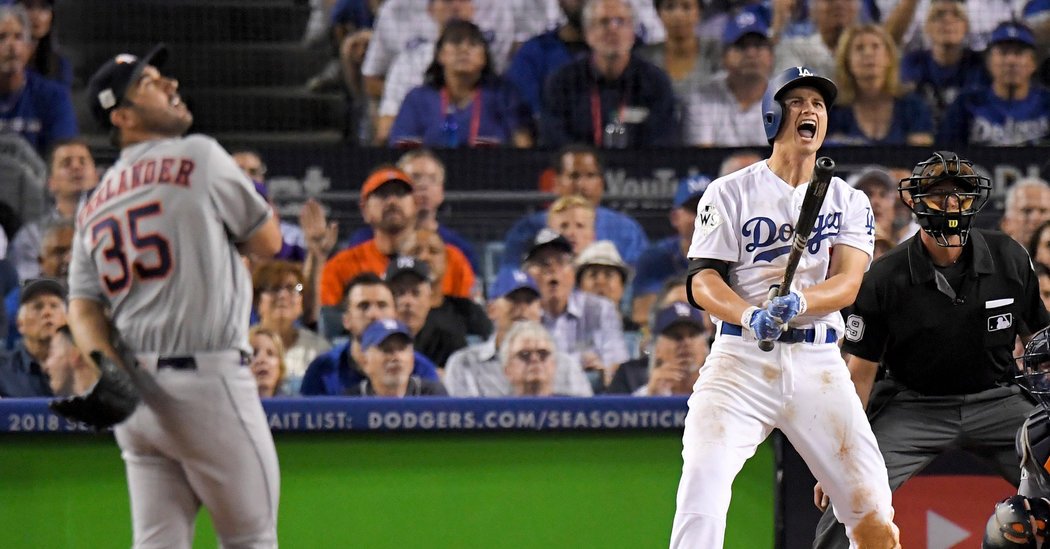 On Baseball: After Barrage of Home Runs in the World Series, Juicy Theories as to Why

That was basically the story of Game 2, when the Astros and the Dodgers combined for five home runs in extra innings — something that had never been done in major league history, even in the regular season.

Major leaguers combined for a record 6,105 homers in 2017, and the postseason has been no different. The very first batter, Minnesota’s Brian Dozier, went deep to start the first wild-card game. In their National League Championship Series loss to the Dodgers, the Chicago Cubs scored eight runs on homers, and no runs any other way. Of the 17 runs scored in this World Series, 14 have come on homers.

“Everybody’s swinging for the fences,” said a weary Ken Giles, the Astros’ closer, who served up Yasiel Puig’s 10th-inning blast in Game 2. “Home runs this series have been the big play so far. We need to figure out a way to prevent it.”

On Friday, the series shifts to Minute Maid Park, where the Astros are 6-0 this postseason. Jose Altuve began the Astros’ playoff run with three homers there in the division series opener. The Dodgers also got a three-homer game in the playoffs, by Enrique Hernandez in the N.L.C.S. clincher.

Teams generally must slug to…