You Are Here: Home → On Baseball: After Roster Moves, Yankees Find Freedom in Low Expectations 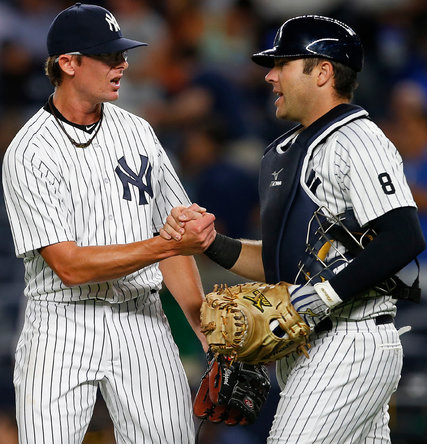 Tyler Clippard took the call in his hotel room in Los Angeles, where he was on the road with the Arizona Diamondbacks. It was Brian Cashman, the general manager of the Yankees, the team that had first promoted Clippard to the majors nine years ago. Clippard was pitching for a bad team but did not expect to be traded, and certainly not to the Yankees.

“I guess it just didn’t really cross my mind, because of the guys they had here already,” Clippard said. “Cash called me and said, ‘Welcome home.’”

By the time the Yankees acquired Clippard, on July 31, they had already dealt Aroldis Chapman to the Chicago Cubs and were simultaneously shipping Andrew Miller, another devastating late-inning arm, to the Cleveland Indians. The next day, they traded Carlos Beltran, an All-Star outfielder, to Texas. The message of a retreat in 2016 seemed clear.

But if that were really true, why get Clippard? And why, for that matter, add Adam Warren, part of the Chapman trade? A sinking ocean…