You Are Here: Home → On Baseball: Alex Avila, Son of Tigers G.M. Al Avila, Is Now a Division Rival 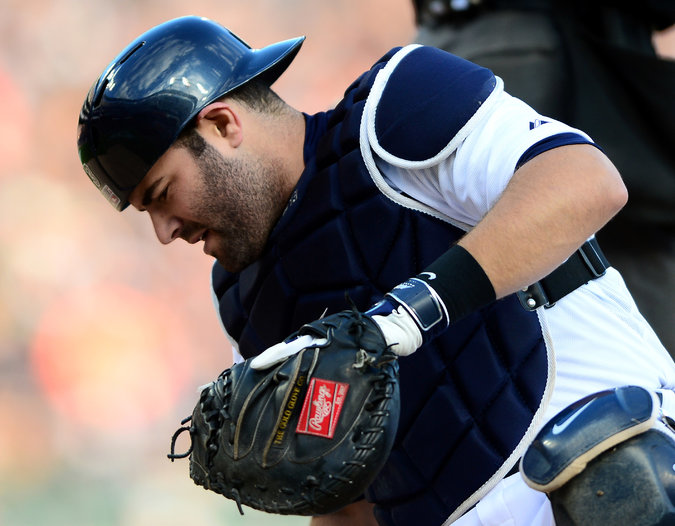 Alex Avila playing for the Tigers in Game 3 of the 2014 A.L. division series against the Orioles. He had played only for the Tigers since making his major league debut in 2009.

“Where are you?” Hahn asked.

“All right,” Hahn said, laughing nervously. “Could you go into another room?”

Avila’s father, Al, is the general manager of the Detroit Tigers, a rival of the White Sox in the American League Central. From his major league debut in 2009, Avila had played only for the Tigers. Now, his loyalties are elsewhere.