You Are Here: Home → On Baseball: As Spring Training Nears, a Look at Baseball’s Window Treatment On Baseball: As Spring Training Nears, a Look at Baseball’s Window Treatment

Maybe they’re kidding themselves, but the Angels haven’t acted like a team in retreat. With Albert Pujols still slugging and Mike Trout still sublime, they have quietly improved the lineup with Danny Espinosa, Cameron Maybin and Luis Valbuena, players whose defense should prop up a shaky pitching staff. It’s a long shot, but with Trout in his prime and few top prospects coming, the Angels are going for it. 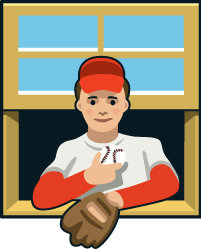 The Astros are 46 games over .500 the last two seasons … when not playing the Rangers. They’re 10-28 against Texas, a string of futility that has probably kept them from winning the American League West. They’ll have another good chance this season, with an impressive blend of youth and veterans. One more solid starter and they might win the first World Series in franchise history.

It’s startling how little the A’s have gotten from their farm system, especially for a team that relies on low-cost talent. As they wait to develop their own stars, they’ll continue to patch with castoffs and make the best deals they can. They badly need Sonny Gray to regain his All-Star status, if only to…