You Are Here: Home → On Baseball: Blue Jays’ J. A. Happ Having Career Year as Majors’ Top Winner 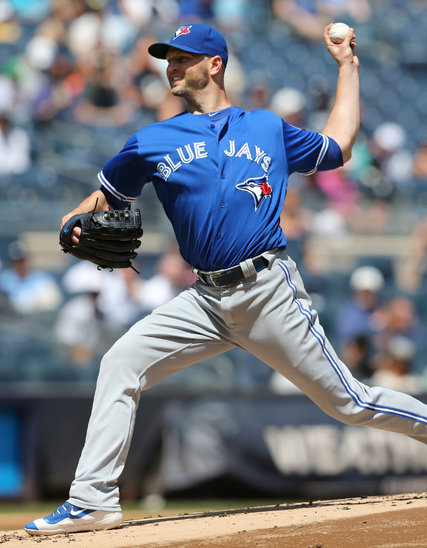 Toronto’s J.A. Happ, pitching against the Yankees on Wednesday, improved to 17-3 after the Blue Jays’ 7-4 road victory.

No pitcher has won as many games this season as J. A. Happ of the Toronto Blue Jays. A pitcher’s record can be misleading, of course, but a pattern emerges with time. For Happ, who improved to 17-3 by beating the Yankees on Wednesday, winning big had not been part of the pattern.

Before now, his career high in victories was 12, for the Philadelphia Phillies in 2009. Happ pitched in the final game of that season, a relief appearance at Yankee Stadium in Game 6 of the World Series.

“I remember Jay Z performing on the field,” he said. “What a great place to have a World Series.”

Jay Z and Alicia Keys had been there for the second game, after the Phillies won the opener and seemed poised to repeat as champions. The Yankees took care of that, and in their quest to return to the World Series, the Phillies soon traded Happ to Houston for Roy Oswalt.

Happ kept bouncing — traded to Toronto, then to Seattle, then to…