You Are Here: Home → On Baseball: Mets and Yankees Are Suddenly a Hot Story On Baseball: Mets and Yankees Are Suddenly a Hot Story 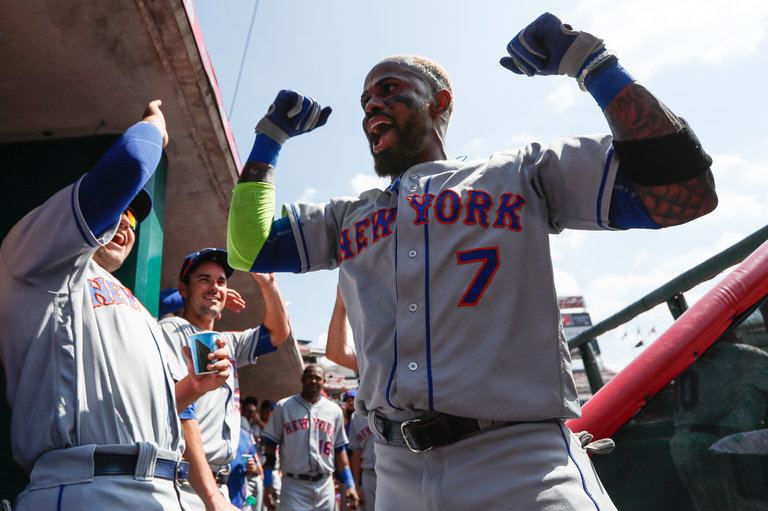 Jose Reyes celebrating his first-inning homer for the Mets on Wednesday as they continued their push for an N.L. wild card. They are 14-4 since Aug. 20.

The story lines are compelling. The Mets were battered and broken, over and over, by serious injuries to significant players. The Yankees were presumed dead by their own hand after trading several stars.

Yet here they are: The Mets are in a virtual tie with St. Louis for the second National League wild-card spot, and the Yankees trail Baltimore by just two and a half games. You can see it now, a plausible scenario coming into focus out in the distance. It might not be fair, but it is modern baseball — and it is really benefiting the New York teams.

The Mets could keep bashing homers and scrap their way into the wild-card game. With their soft schedule, they very well…