You Are Here: Home → On Baseball: Paul Sewald Becomes the Unlikely Anchor in the Mets’ Bullpen On Baseball: Paul Sewald Becomes the Unlikely Anchor in the Mets’ Bullpen

“I talked to the guys at Triple-A today about him, and they said he has a knack to make people swing and miss,” Manager Terry Collins said. “Who knows why? But it’s working. It’s always worked for him. He’s a perfect example of a guy who hasn’t changed what he used to get here.”

Until last summer, Sewald did not know why his fastball worked. He knew he had a good slider; opponents had hit him hard at the University of San Diego before he learned the pitch from his father, Mark, a former college pitcher. But when his strikeout rate rose after the Mets drafted him — in the 10th round in 2012 — Sewald could not explain it.

“I didn’t really know why sometimes I got away with a 90-mile-an-hour fastball when others didn’t,” he said. “For me it was kind of like, ‘I don’t know, I just go out there and throw strikes.’”

Sewald climbed steadily through the Mets’ farm system, with more strikeouts than innings at every level, always in relief. A starter as a college senior, he said he was glad the Mets stashed him in the bullpen, where there would be more opportunities. 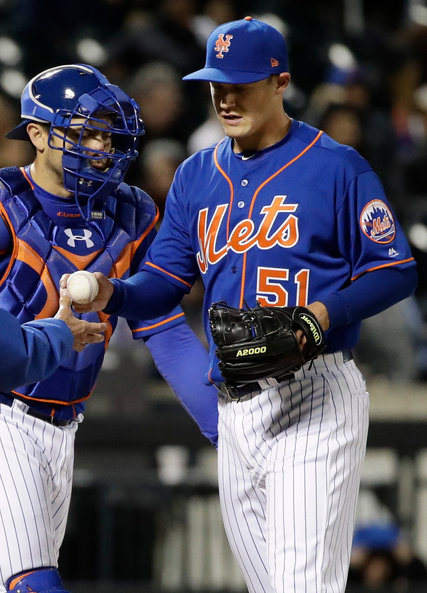