You Are Here: Home → On Baseball: The Dodgers Defy Expectations, and Logic, After Their Best Player Goes Down On Baseball: The Dodgers Defy Expectations, and Logic, After Their Best Player Goes Down 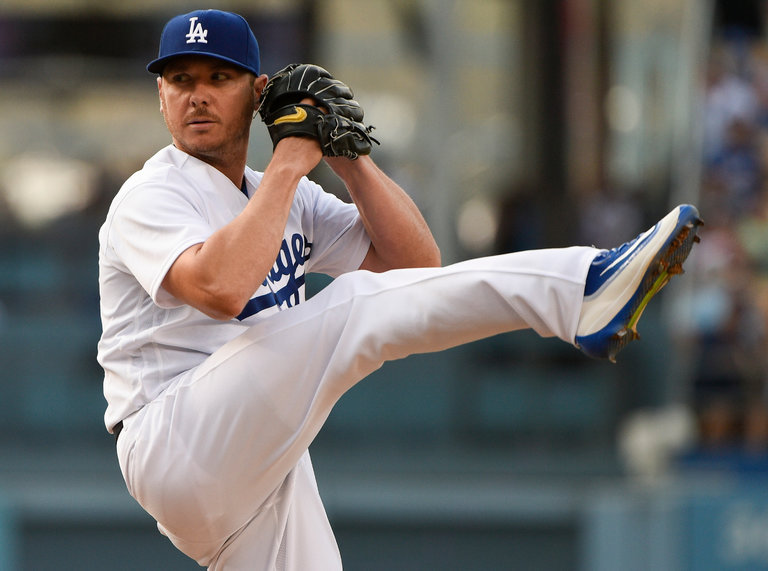 Scott Kazmir, above, said he and his teammates “really turned it on” after the Dodgers lost Clayton Kershaw to injury.

PHILADELPHIA — The last time Clayton Kershaw took the mound, in late June, the Los Angeles Dodgers dropped to eight games out of first place. Everything has been uphill since they lost the best pitcher in baseball.

To gauge how absurd that is, it helps to consider how overpowering Kershaw had been before sustaining an injury the team has called a mild disc herniation in his back. In 16 starts, Kershaw was 11-2 with a 1.79 E.R.A. In 121 innings, he had 145 strikeouts and gave up only nine walks. He still leads all pitchers in wins above replacement, according to the website Fangraphs.

“It feels like everyone as a group really turned it on when Kershaw went down,” starter Scott Kazmir said. “It was almost like we all came together and said: ‘What are we going to do? Are we going to just fold up and pack it in, or are we going to make a difference?’”

The Dodgers have surged since the injury to Kershaw, just…