You Are Here: Home → On Pro Football: Giants Salvage Win Over Chiefs. But Is It Too Late for Ben McAdoo? On Pro Football: Giants Salvage Win Over Chiefs. But Is It Too Late for Ben McAdoo?

And that was the territory McAdoo’s Giants inhabited as Sunday’s game began. After all the losing this season, after insubordination that led to two embarrassing player suspensions, after reports of a locker room insurrection and after two lopsided defeats in which multiple players appeared to barely try at all, the mood of fans at MetLife Stadium on Sunday was understandably foul.

“The season is lost; I expect to be out of here by halftime,” James Harvey, a season ticket-holder from Staten Island, said in the parking lot before kickoff.

Harvey’s friend and neighbor, Richard Prendergast, who was standing nearby added: “Halftime? You mean when the Giants are down by 20?” 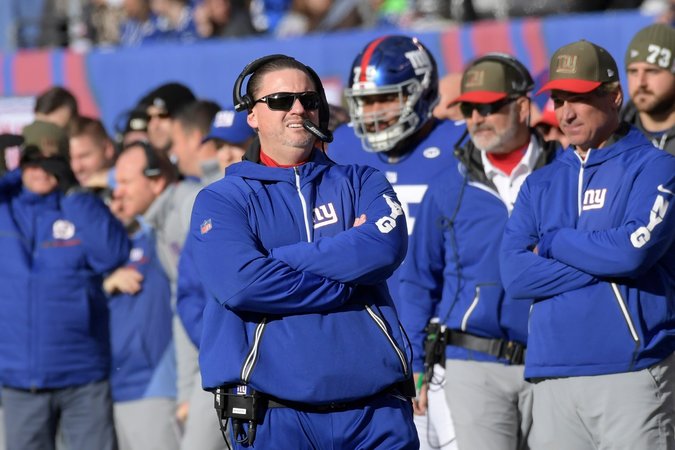 Giants Coach Ben McAdoo was much more animated on the sideline during Sunday’s win than he had been the rest of the season.

In other sections of the parking lot, scalpers were offering tickets for roughly 25 percent of their face value. There were few takers.

It was not much of a surprise, then, that MetLife Stadium was half empty on a sunny, if blustery,…