You Are Here: Home → On Pro Football: Tom Brady Always Wins. Even Against the Refs. 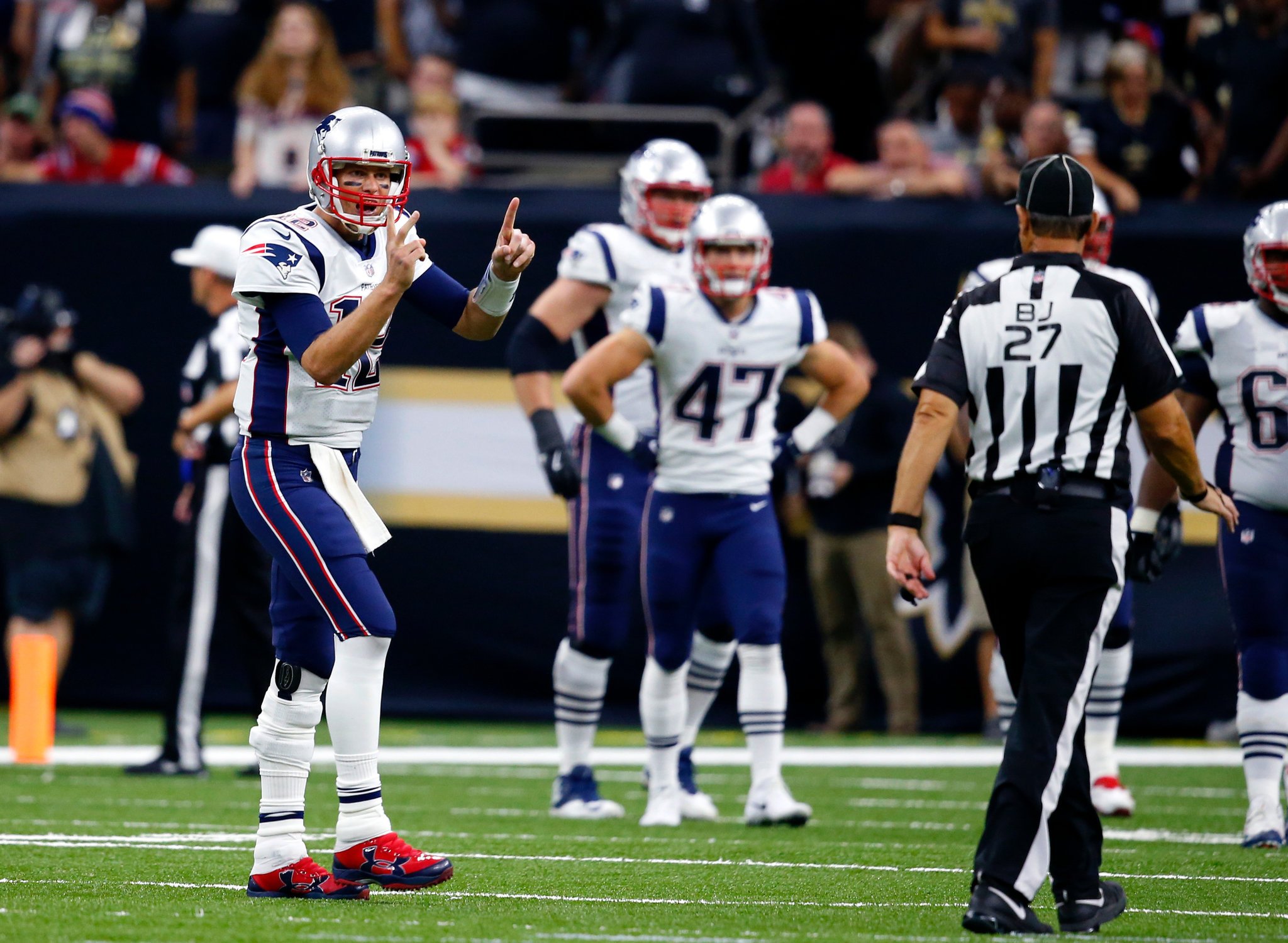 On Pro Football: Tom Brady Always Wins. Even Against the Refs.

And still he was not happy. His tight end, Rob Gronkowski, dropped a potential fourth touchdown pass in the end zone. Brady threw his hands in the air.

Somewhere, perhaps Gisele Bündchen repeated the most incisive football wife comment of all time: “My husband cannot throw the ball and catch the ball at the same time.”

But back to the officials and how Brady rescued the league from another Patriots-versus-the-N.F.L. contretemps. 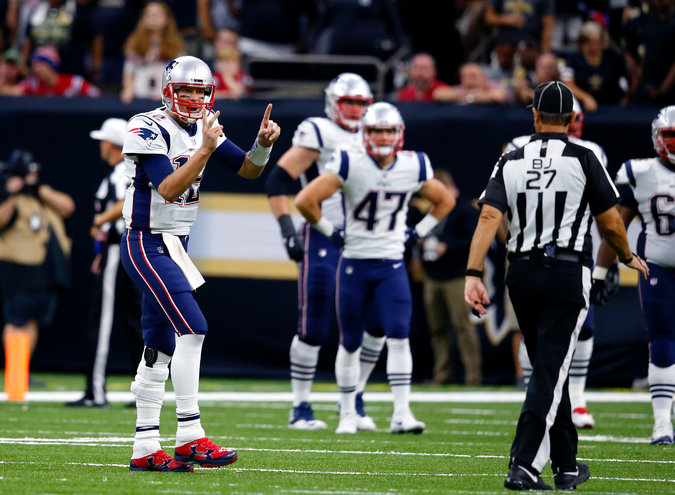 Brady making sure an official knew the rules in the second half.

The first incident came with the Patriots leading by 13-3 in the final minute of the first quarter. Brady tossed a 13-yard touchdown pass to wide receiver Chris Hogan, who was remarkably uncovered as he collected Brady’s throw near the goal line.

But a yellow flag had fluttered to the turf: offensive pass interference. Pointing, shouting and running toward the conferring officials, Brady was not pleased.

Tony Romo, the former Dallas quarterback who was a color analyst with CBS for the game, offered that Brady “was good at winning arguments,…