You Are Here: Home → On Soccer: Another English Club Cracks Under Barcelona’s Pressure On Soccer: Another English Club Cracks Under Barcelona’s Pressure 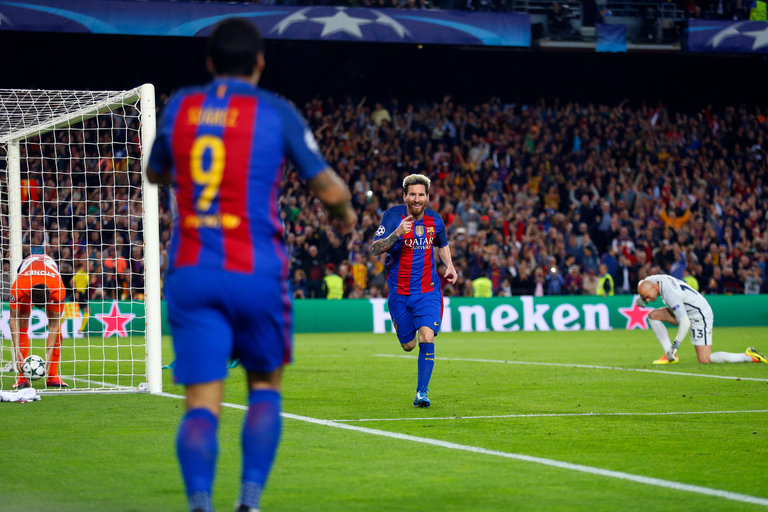 Lionel Messi after his third goal in Barcelona’s 4-0 victory over Manchester City on Wednesday.

BARCELONA, Spain — Claudio Bravo is not alone. He would have felt that way, of course, as he trudged off the field at Camp Nou, disconsolate and deaf to the warm ovation afforded him by Barcelona’s fans. He certainly felt that way in the locker room as the dust cleared on Manchester City’s humbling 4-0 defeat and even his manager, Pep Guardiola, acknowledged that Bravo, City’s goalkeeper, was “sad.”

Perhaps, in time, it will be of solace, though, to know that others have gone before and that more still will come after. It is starting to feel something like an unwanted, unavoidable tradition: Whenever an emissary of the Premier League meets Barcelona, sooner or later, a player is getting sent off.

Numbers swirl around this great Barcelona team. They came thick and fast in Catalonia on Wednesday night: four goals without reply, a deeply unhappy homecoming for Guardiola; a 38th career hat trick for Lionel Messi; an 18th straight…