You Are Here: Home → On Soccer: At Global Clubs, Local Players Serve as Connective Tissue The concept behind the program that connected him with St. Cuthbert’s, An Hour for Others, is simple, self-explanatory. One of the group’s founders, Kevin Morland, a painter and decorator, decided that his time and skills could help those in need more than his money. He started off redecorating children’s bedrooms in some of Liverpool’s most deprived areas at no cost to residents, and slowly the concept spread.

Now, An Hour for Others offers everything from cooking classes taught by professional chefs to dance, yoga and science sessions. Some people volunteer their time, others their equipment or access to their property. 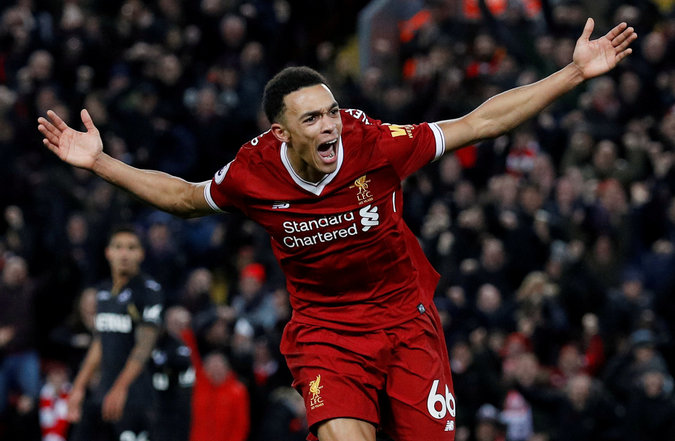 Alexander-Arnold after scoring against Swansea this season.

Alexander-Arnold was still just a hopeful at Liverpool’s academy when he became involved. His mother, Diane, recommended one of the charity’s first beneficiaries to Morland and his partner, Gill Watkins. Alexander-Arnold, in his midteens at the time, was summoned early one morning to help load boxes of donated toys into Morland’s van.

From that point, he…