You Are Here: Home → On Soccer: How Arsenal and Arsène Wenger Bought Into Analytics On Soccer: How Arsenal and Arsène Wenger Bought Into Analytics

Toward the end of Park’s first season at Arsenal, the 2011-12 campaign, two of the club’s executives approached Wenger, the team’s seemingly immovable manager, with a proposal.

Throughout that year, Arsenal had engaged the services of StatDNA, a sports analytics company based in Chicago. The arrangement was based on exclusivity; Arsenal had paid around $250,000 to ensure that StatDNA would not provide insights for any of its rivals.

There had been some skepticism among Wenger’s back-room staff about the value of that deal. Now Ivan Gazidis, Arsenal’s chief executive, and its head of business development, Hendrik Almstadt, wanted to do something even more radical. 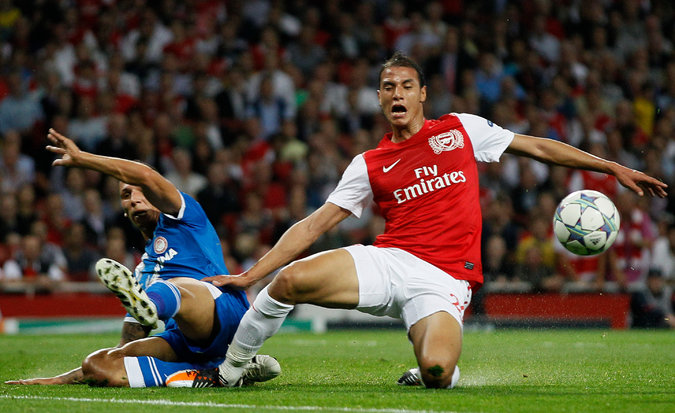 The Moroccan striker Marouane Chamakh, right, with Arsenal in 2011. He scored only 14 goals in three years with the club.

With the use of and belief in analytics growing at many Premier League clubs, a number of Arsenal’s peers had approached StatDNA, looking to employ its services. Gazidis and Almstadt were determined…