You Are Here: Home → On Soccer: Where Have All the Goals Gone in the Bundesliga? On Soccer: Where Have All the Goals Gone in the Bundesliga?

On Sunday, Havertz’s goal seemed to encapsulate all of that. He is only 17, still at school, and yet he is now widely seen as Germany’s next big thing. The BayArena was not quite full, but not far off. And the game finished as a 3-3 draw. The Bundesliga could not have asked for more had league officials scripted it. 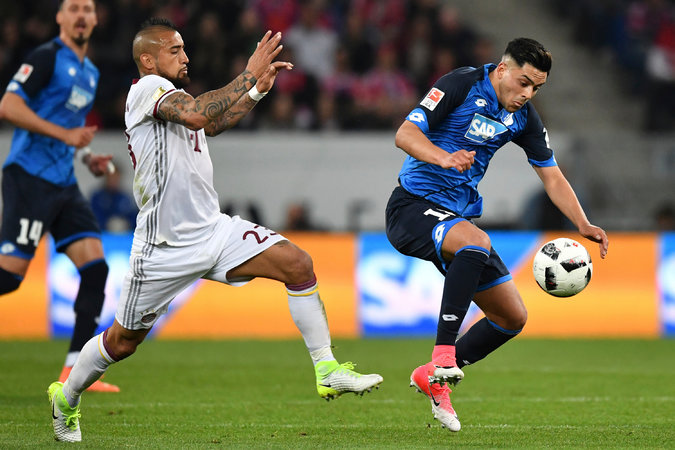 Hoffenheim’s Nadiem Amiri, right, and Bayern Munich’s Arturo Vidal vying for the ball at Rhein-Neckar-Arena in Sinsheim, Germany, on Tuesday. Hoffenheim won, 1-0, as all four Bundesliga matches that day were shutouts.

And yet there is reason to believe Germany’s self-image is not exactly crystal clear. It is no lie to say the Bundesliga has better attendance than anywhere else, or that its clubs place more faith in their young hopefuls. But the goals? Well, the goals seem to be disappearing.