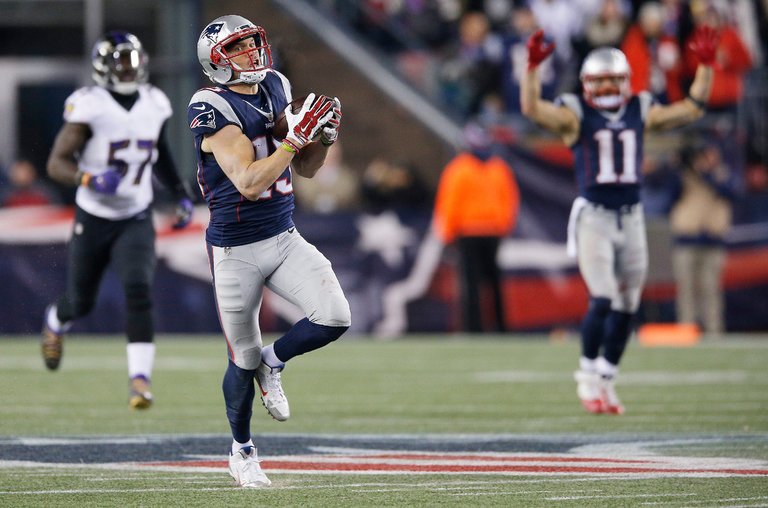 FOXBOROUGH, Mass. — Tom Brady connected with Chris Hogan for a 79-yard touchdown pass in the fourth quarter on Monday night to help the New England Patriots overcome a sloppy second half and claim a 30-23 win over the Baltimore Ravens.

Brady threw for 406 yards and three touchdowns, becoming the fourth N.F.L. quarterback with at least 450 career touchdown passes. He also threw his second interception of the season.

LeGarrette Blount rushed for 72 yards on 18 carries, passing 1,000 yards for the first time since his rookie season with Tampa Bay in 2010.

The Patriots (11-2) have won four straight games and eight of their last nine as they continue to move toward their eighth straight A.F.C. East title.

The loss ended a two-game win streak for the Ravens (7-6), who face a challenging route to the playoffs with two of their last three games on the road.

Joe Flacco did his best to keep…