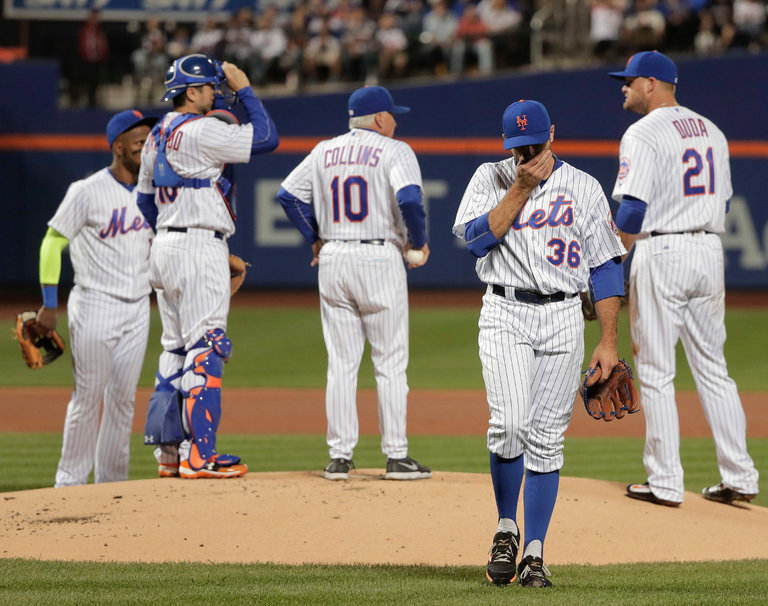 Mets starter Sean Gilmartin (36) was pulled with two outs in the first after allowing five runs.

As Lucas Duda stepped to the plate with one out in the ninth inning Saturday night, Mets Manager Terry Collins thought his team was about to cap a wild game by securing the largest comeback victory in franchise history. So much zaniness had already happened that many in the stands at Citi Field must have felt so, too.

Because of the battered state of their rotation, the Mets had to use Sean Gilmartin, who had spent most of the season with Class AAA Las Vegas, as their starter. He coughed up five runs and notched only two outs. By the middle of the fourth inning, the Mets trailed the Philadelphia Phillies by 10-0, and Collins pulled the team’s four best hitters, Yoenis Cespedes, Jose Reyes, Asdrubal Cabrera and Curtis Granderson.

A funny thing happened, though: Relying on players who had filled Las Vegas’s roster this season, the Mets mounted a furious comeback. Although they fell short, ultimately losing by 10-8, the Mets showed the…