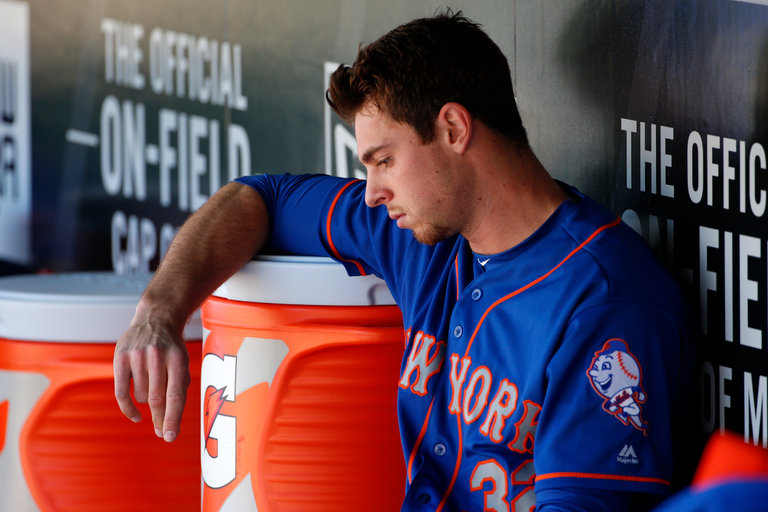 PITTSBURGH — The Mets arrived at PNC Park on Tuesday ranking fourth in the majors in home runs. Yet without many other ways to score, they stood fourth from the bottom in runs per game. Their pitching props them up.

“We’re keeping ourselves in games because we pitch,” Manager Terry Collins said. “We knew going in our pitching was going to make a big difference, and it has.”

It has, just not every day. Only flawless pitching could have saved the Mets from a doubleheader sweep, and they did not get it. They dropped both games by 3-1 scores, managing just nine hits across 18 innings.

The Mets are missing three everyday players — catcher Travis d’Arnaud, first baseman Lucas Duda and third baseman David Wright, who are all on the disabled list. They started seven of the same position players in both games, switching only the catchers. What failed at 4 p.m. also failed at night.

Their tormentor in the…