You Are Here: Home → Portugal 2, Wales 0 | European Championships Semifinal: Portugal and Cristiano Ronaldo Get Another Chance for Glory 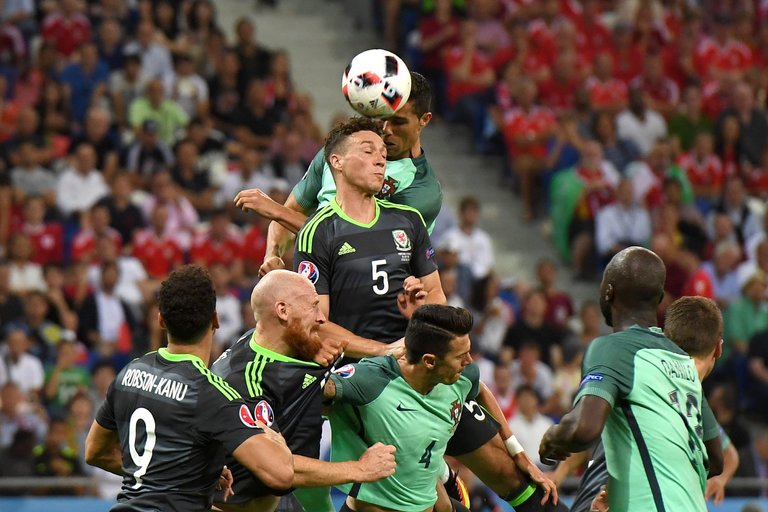 Cristiano Ronaldo, high above, scored the first goal in Portugal’s victory over Wales on Wednesday to advance to the final of the European Championships.

LYON, France — The ball soared in front of the goal and Cristiano Ronaldo jumped, his body hanging in the air for what felt like one beat, two beats, three beats, four. His chest was pitched. His back was arched. His eyes were forward, locked on the target.

Then, just as a Slinky hops down a staircase — its coils bending in one direction before whipping forward over the threshold — Ronaldo simply unspooled.

The contact was flawless. A sweetly struck free kick or a long, dipping drive has poetry, but there is nothing quite like the way a ball compresses when it rebounds from a man’s skull. Ronaldo snapped his neck, and the ball, as if it had engines attached, whizzed past the goalkeeper and rippled the net. The Wales defenders, beaten, dropped their heads. Ronaldo, gleaming, took off running.

It was a sumptuous goal on a largely bland evening, but it was the…