You Are Here: Home → ‘Racism Is as American as Baseball’ Banner Unfurled at Fenway Park ‘Racism Is as American as Baseball’ Banner Unfurled at Fenway Park 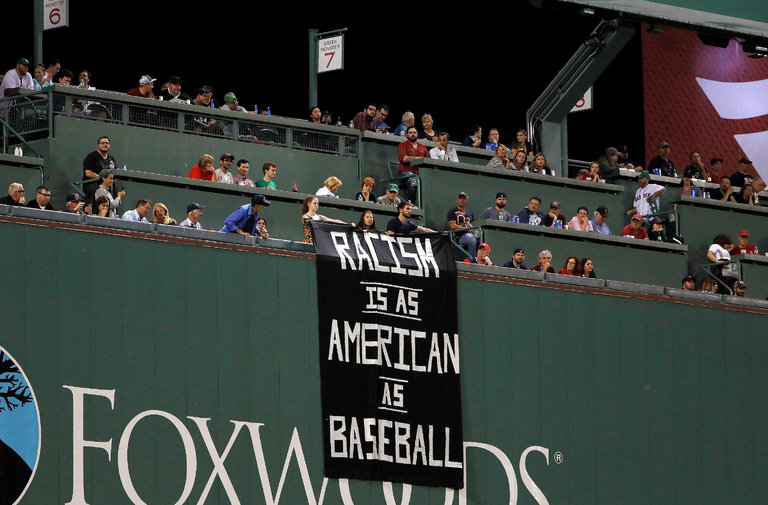 Fans displayed an anti-racism sign between the top and bottom of the fourth inning during a game between the Boston Red Sox and the Oakland Athletics at Fenway Park.

Four fans were ejected from Fenway Park after they unveiled an anti-racism banner over the Green Monster on Wednesday night.

“Racism is as American as baseball,” the sign said.

The banner was unfurled in the fourth inning just above an advertisement for Foxwoods Casino. Umpire Joe West consulted with the police and security about the sign, because it was in fair territory. It was taken down and the fans removed peacefully within minutes.

No arrests were made in the incident.

The Red Sox said in a statement: “During the fourth inning of tonight’s game, four fans unfurled a banner over the left field wall in violation of the club’s policy prohibiting signs of any kind to be hung or affixed to the ballpark. The individuals involved were escorted out of Fenway Park.”