Manning, whose demotion set off a storm of criticism toward McAdoo and the Giants, offered support for his coach after the game.

“I don’t want that,” said Manning, whose streak of 210 consecutive regular-season starts came to an end. “I don’t want anybody to get fired. When a coach gets fired, it’s usually because the team and the players, and myself, haven’t performed to our duties. So I don’t want to see that. So I hope there’s no truth to it.”

McAdoo would not commit to using Smith again next week, when the Giants host the Dallas Cowboys, saying he and his coaching staff needed to examine the tape from an up-and-down performance against the Raiders. Smith, making just his second N.F.L. start since losing his full-time job with the Jets after the 2014 season, completed 21 of 34 passes for 212 yards and one touchdown. 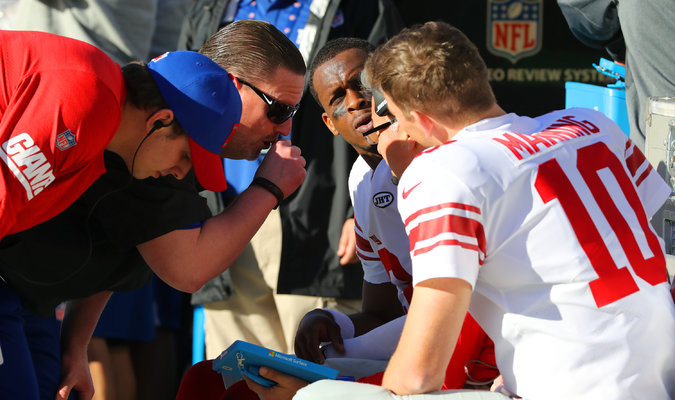 Eli Manning, right, had to transition to being a backup to Geno Smith, center, after having started every game for the Giants since November of 2004.

But Smith lost two fumbles, including a critical…