You Are Here: Home → Rays 12, Yankees 3: Yankees’ Luis Severino Returns to Minors After Savaging by Rays 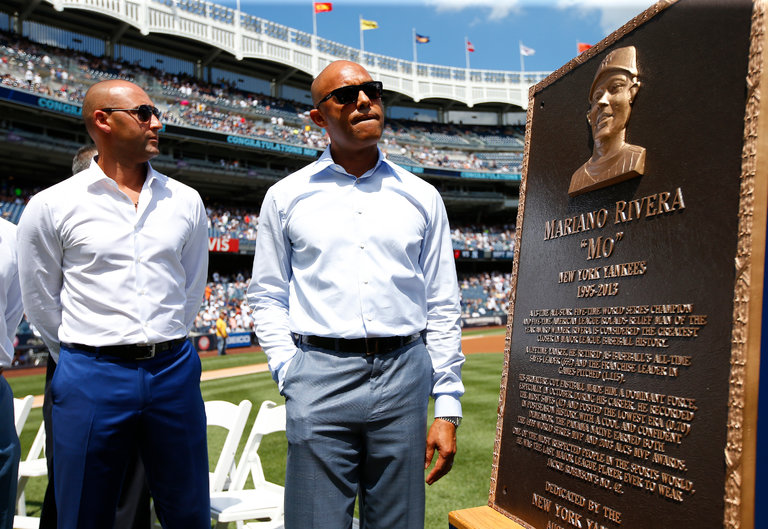 Mariano Rivera’s plaque is the newest addition to Yankee Stadium’s Monument Park, where the inscription credits his “signature cut fastball” with leading to 652 saves, the major league record.

Yankees Manager Joe Girardi, Rivera’s former teammate, described Rivera as a master craftsman. That is a level of aptitude nearly impossible to obtain in baseball, in which chaos theory runs rampant.

“He knew how to use one pitch and used it better than anyone ever did,” Girardi said before the Yankees dedicated Rivera’s plaque in a pregame celebration Sunday. “I found it truly amazing.”

Girardi cannot yet say the same about Luis Severino, his starter for Sunday’s game against the Tampa Bay Rays. After his last start, on Aug. 9, Severino was optioned to Class AAA Scranton/Wilkes-Barre with a 1-7 record and a 6.42 E.R.A.

Girardi was not looking for Rivera-style expertise from Severino, but for a scaled-down, simple command of the…