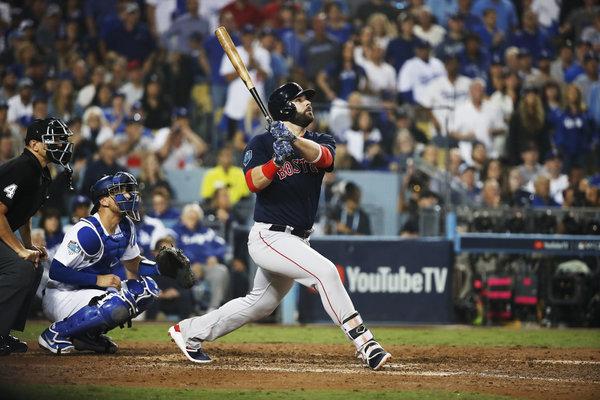 LOS ANGELES — Chris Sale, the Boston Red Sox star pitcher, was furious. He did not appear in Game 4 of the World Series on Saturday, or in the previous game: a record-setting seven-hour, 20-minute affair that ended in a Boston loss. But Sale may have influenced his team as much as any player this weekend.

When the Dodgers’ Yasiel Puig hit what felt like a backbreaking homer that left the Red Sox trailing by 4-0 in the sixth inning of Game 4, Sale lit into his teammates with an expletive-filled rant.

At one point, he waved two fingers, illustrating that Rich Hill, the Dodgers starting pitcher who was shutting Boston down, had a limited arsenal of pitches. Yet the Red Sox, who had the majors’ best offense during the regular season, were sluggish, particularly their star hitters.