You Are Here: Home → Rob Gronkowski Suspended for One Game Rob Gronkowski Suspended for One Game 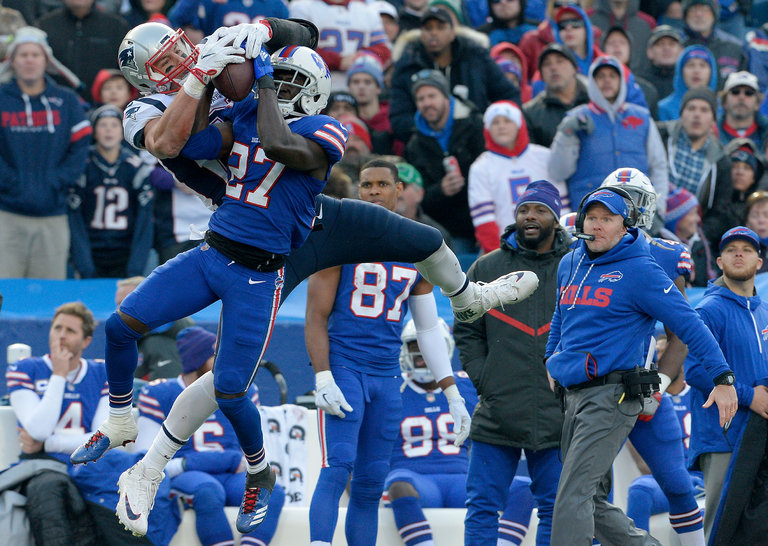 Rob Gronkowski and Tre’Davious White wrestle for a ball on Sunday.

New England Patriots tight end Rob Gronkowski was suspended without pay for one game for a late hit on Buffalo Bills cornerback Tre’Davious White on Sunday.

With four minutes left in the game and the Patriots leading by 23-3, Gronkowski and White tangled as Tom Brady threw a pass in their direction. White came up with the interception, and after he landed on the ground, Gronkowski dived on top of him, driving a forearm into White’s neck.

The Patriots were penalized 15 yards for unnecessary roughness, but Gronkowski, one of the Patriots’ and the N.F.L.’s biggest stars, was not ejected. White was helped to the locker room and placed in the concussion protocol.

In a letter to Gronkowski on Monday, the N.F.L. said, “Your actions were not incidental, could have been avoided and placed the opposing player at risk of serious injury.”

After the game, Gronkowski expressed remorse.