You Are Here: Home → Rockets 117, Knicks 102: Knicks Briefly Make Do Without Porzingis, Then Fall Hard Against Houston Rockets 117, Knicks 102: Knicks Briefly Make Do Without Porzingis, Then Fall Hard Against Houston 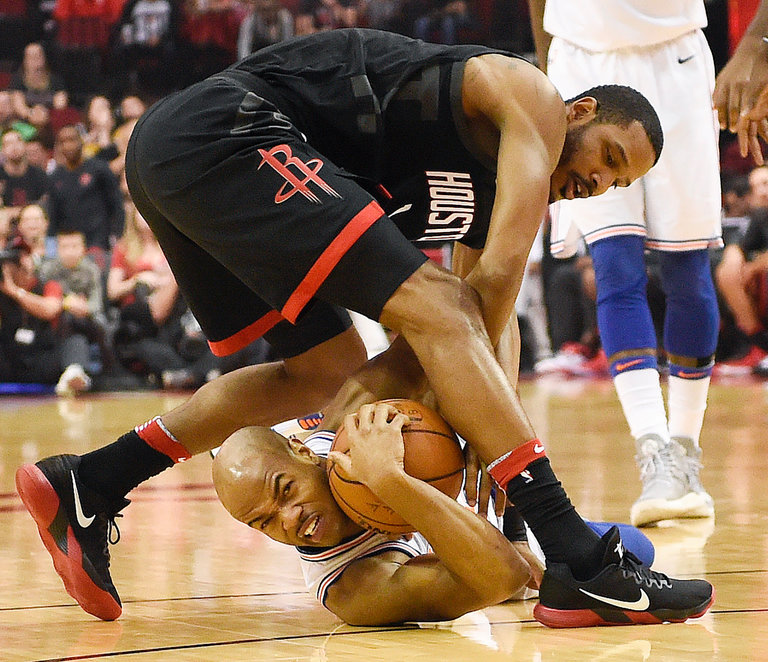 HOUSTON — James Harden had 37 points and 10 assists as the Houston Rockets rallied from an early deficit to beat the Knicks, 117-102, on Saturday night.

The Rockets erased the Knicks’ early 22-point lead by making 18 3-pointers and getting 44 points from their bench, led by 17 from Ryan Anderson.

Knicks starters Kristaps Porzingis and Enes Kanter sat out the game because of back ailments. Porzingis (lower back tightness) played 36 minutes Friday night in Atlanta, scoring 28 points. He entered Saturday fourth in the N.B.A. in scoring at 27.3 points per game.

In place of Porzingis and Kanter, the reserves Michael Beasley and Kyle O’Quinn started. Beasley had a season-high 30 points, while O’Quinn had his first double-double of the season with 20 points and 15 rebounds.