You Are Here: Home → Roundup: Arsenal’s Bid for Another FA Cup Title Will Include an Extra Match Roundup: Arsenal’s Bid for Another FA Cup Title Will Include an Extra Match 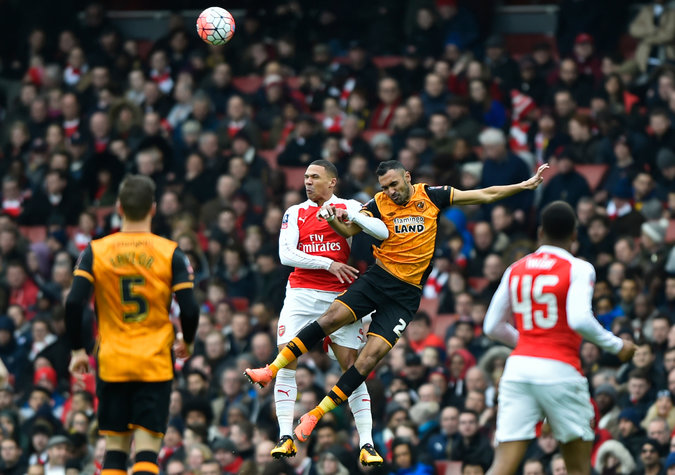 Kieran Gibbs of Arsenal, left, and Ahmed Elmohamady of Hull during the teams’ 0-0 draw in the FA Cup fifth round. The game will have to be replayed.

Arsenal’s bid for a third straight FA Cup title was checked by a frustrating 0-0 draw against Hull in the fifth round on Saturday, forcing the teams into yet another meeting in the competition and reigniting the debate over replays.

West Bromwich Albion exited in disgrace, though, losing by 3-1 at second-tier Reading before its captain, Chris Brunt, was struck near his eye by a coin thrown by one of his team’s supporters after the game.

“I was absolutely disgusted and ashamed,” Brunt, with a cut under his left eye, said of the incident.

The Premier League teams Everton and Watford also advanced to the quarterfinals.

Fielding a weakened team ahead of a Champions League last-16 match against Barcelona on Tuesday, Arsenal created many chances against second-tier Hull but was…