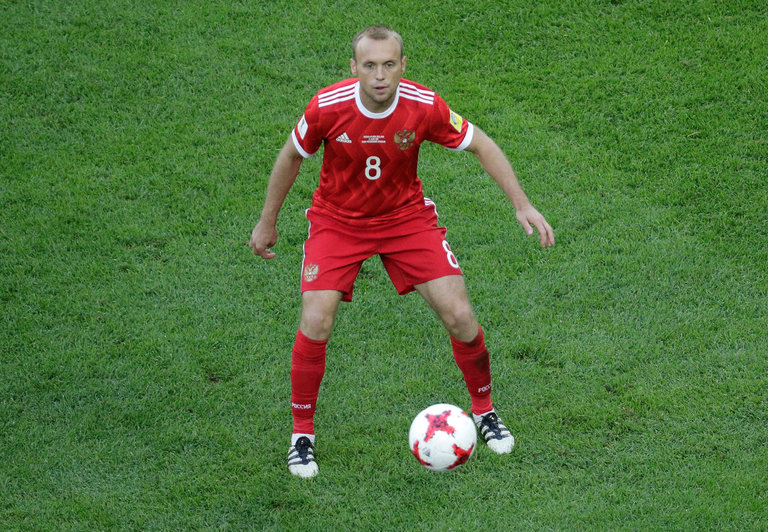 Russia’s Denis Glushakov during the Confederations Cup match against New Zealand in St. Petersburg on Saturday.

St. PETERSBURG, Russia — Russia, the host nation, beat a poor New Zealand team, 2-0, on Saturday to open the Confederations Cup with a win that was all but demanded by Vladimir V. Putin, Russia’s president.

Putin was in the new $750 million stadium in his native St. Petersburg to see forward Fyodor Smolov’s goal in the 69th minute added to an own goal by New Zealand defender Michael Boxall in the 31st.

Russia’s win eases the pressure on its second game, against Cristiano Ronaldo’s Portugal in Moscow on Wednesday. Portugal, the European champion, is set to open its Group A program on Sunday against Mexico in Kazan.

New Zealand is now without a win in four trips to the Confederations Cup, and will next play Mexico on Wednesday in Sochi.