Mr. Baranov, in an interview Thursday morning, emphatically denied any criminal activity. He said he had “absolutely not” entered doped athletes into United States competitions nor had he made inappropriate payments to race organizers. He said he had been unaware of the government’s investigation. 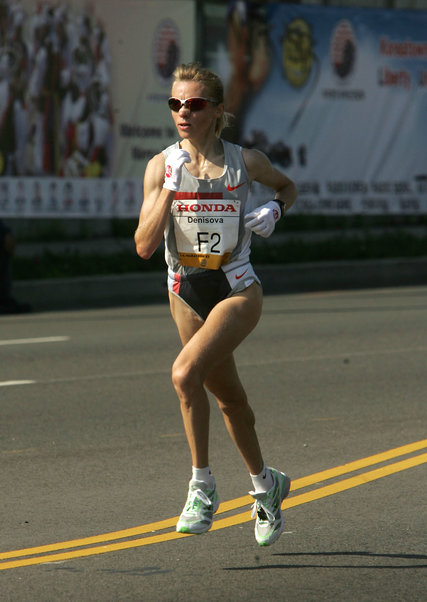 One of the notable runners Mr. Baranov has represented, Lyubov Denisova, pictured at the 2005 Los Angeles Marathon, was disciplined for elevated testosterone levels in 2007, months after she set the women’s course record for the Honolulu Marathon.

A spokesman for the New York City Marathon said that organizers had no knowledge of criminal activity within their operation and that no one in the organization had received a bribe from Mr. Baranov.

“If contacted, we will cooperate fully with the authorities,” the organization said in a statement Thursday.