You Are Here: Home → Sheryl Swoopes Out as Women’s Coach at Loyola University Chicago Sheryl Swoopes Out as Women’s Coach at Loyola University Chicago 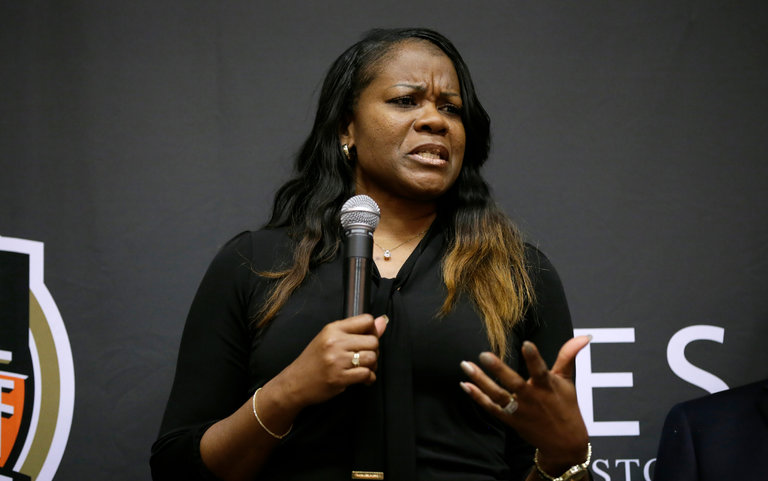 Sheryl Swoopes during the Naismith Memorial Basketball Hall of Fame class of 2016 announcement in Houston in April.

Sheryl Swoopes, one of the most celebrated and accomplished players in women’s basketball history, is no longer the head coach at Loyola University Chicago, Athletic Director Steve Watson announced on Sunday, three months after revealing an investigation into accusations that Swoopes mistreated players during her three seasons leading the Ramblers’ women’s team.

Watson’s terse statement, released in the middle of a holiday weekend, did not specify whether Swoopes had been fired or address what the investigation had found, and thanked Swoopes for her service. Her contract was to run through the 2017-18 season.

As of mid-April, 10 of 12 Loyola players who were eligible to return next season had either transferred or asked for a release, on top of five who transferred last year, according to The Chicago Tribune.

In a statement last month, Swoopes called reports questioning her coaching prowess and…