You Are Here: Home → Soccer Fans Riot for 3rd Straight Day in France 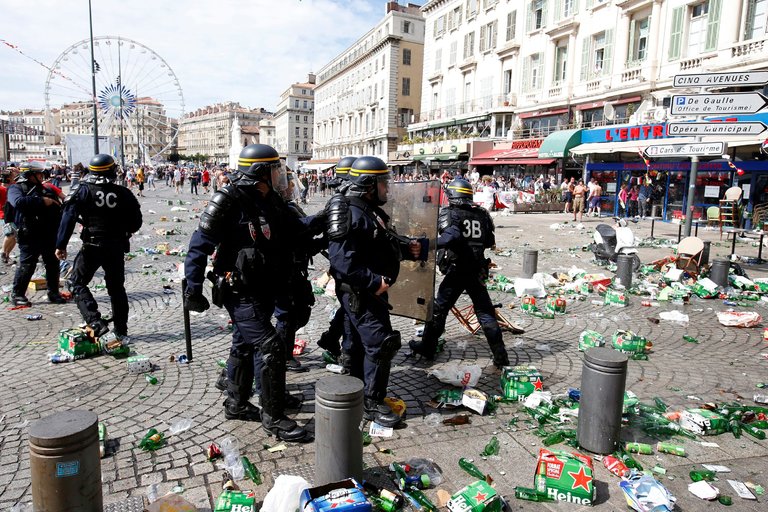 MARSEILLE, France — England fans rioted Saturday at the Old Port in Marseille and the police used tear gas for a third straight day in an effort to disperse rowdy crowds hours before England was scheduled to play Russia in the European Championships.

After the gas drifted away, some bare-chested fans held up England flags and shouted at the police. Russian fans were also involved in the fighting.

Although things seemed to calm down temporarily after earlier rioting, the police used water cannons on some fans at the Old Port about two hours before kickoff. The police later fired more tear gas at a group of about 200 people heading from the Old Port area to Stade Velodrome, about an hour before the match. England fans on a road to the stadium were hanging off trees, swinging plastic chairs and throwing plastic cups.