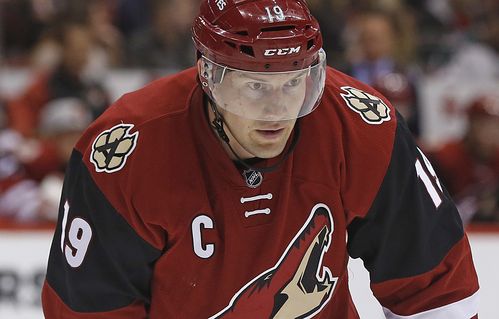 Coyotes captain Shane Doan agreed to a one-year contract late Monday night to remain with the only franchise he’s ever played for, league sources said.

The deal contains a base salary of $2.5 million, a source said, a deferred signing bonus and incentives that essentially amount to $5 million.

Doan is coming off a four-year, $21.2 million deal and one of the most successful seasons of his career as he led the Coyotes in goals with 28, tying his third-highest output and doubling his production from 2014-15.

That season was a disappointment for the Coyotes, who nose-dived to the bottom of the Western Conference standings and chose to embark on a rebuild, but the performance particularly stung Doan. He began last season wanting to know if he could improve and although he seemed to answer that question with his play alongside a younger group of forwards, he still planned to decide his future once the season ended after talking with his family.