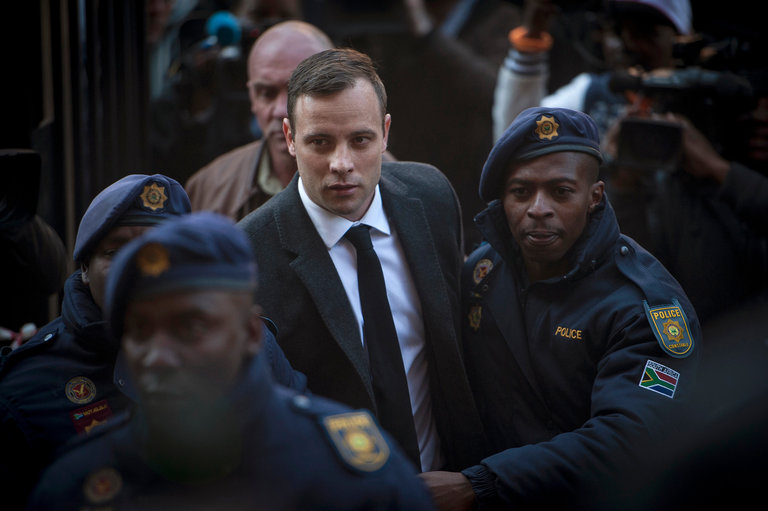 Oscar Pistorius at the High Court in Pretoria, South Africa, this month.

JOHANNESBURG — South African prosecutors said on Thursday that they would seek a longer prison term for Oscar Pistorius, the double-amputee sprinter convicted of murdering his girlfriend, harshly criticizing a six-year sentence handed down two weeks ago as “shockingly too lenient.”

The National Prosecuting Authority said it would seek to appeal the ruling by Judge Thokozile Matilda Masipa of the High Court in Pretoria, who cited “mitigating” factors in giving Mr. Pistorius a sentence far shorter than the 15-year minimum sought by prosecutors.

Her ruling also surprised most South African legal experts, who had predicted that Mr. Pistorius would be given at least 10 years in prison.

South African law calls for Judge Masipa to now decide whether to allow prosecutors to appeal her ruling at the Supreme Court of Appeal. If she refuses, prosecutors can then directly petition the appeals court.

In delivering the six-year…