Staley was a fierce point guard from Philadelphia and one of the most renowned players in the history of women’s basketball as a collegian, professional and Olympian. She became a coach only reluctantly. 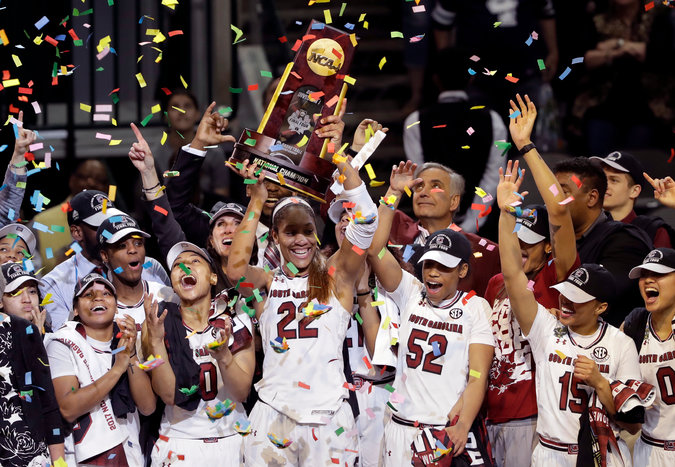 South Carolina celebrating after beating Mississippi State for the N.C.A.A. title on Sunday.

But now, as an N.C.A.A. champion and the recently named Olympic coach for the 2020 Tokyo Games, Staley has a chance to become a standard-bearer for women’s basketball as Geno Auriemma of UConn and Tara VanDerveer of Stanford move closer to retirement.

“Basketball is an incredible gift that keeps on giving,” Staley, 46, said Sunday. Earlier, at the Final Four, she said, “I’m one that thinks basketball is a place of utopia and fairness.”

For the third time this season, the Gamecocks beat the Bulldogs. Mississippi State (34-5) appeared to be somewhat tired, or anxious, after Friday night’s epic overtime upset of UConn.

South Carolina attacked from the opening tip, then sputtered after building a…