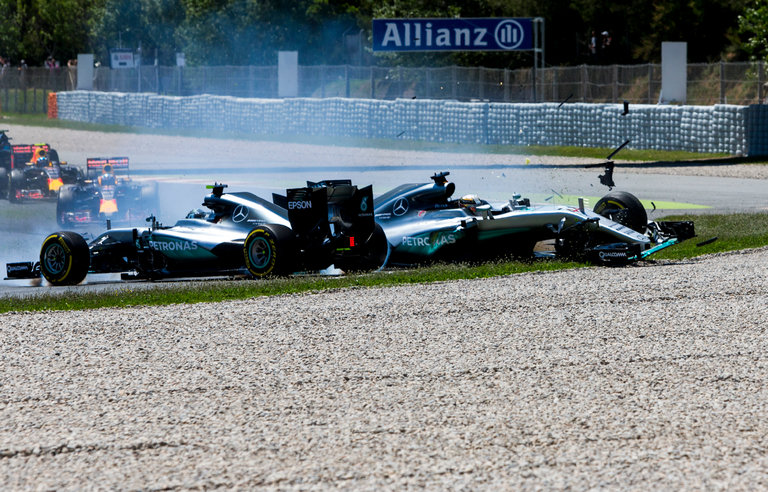 The Mercedes drivers Nico Rosberg and Lewis Hamilton crashed on the first lap of the Spanish Grand Prix in May as they battled for the lead.

Halfway through the longest Formula One season ever, the series is preparing for the German Grand Prix this weekend in the midst of one of the most dominant runs of any team and its drivers in history: The Mercedes teammates Lewis Hamilton and Nico Rosberg have won all but seven of the races in the past two and half years.

Together, they have won 10 of 11 races so far in this 21-race season. There is no sign of that pattern changing for the moment, and the two Mercedes drivers could even end up winning more races this year than they did in each of the previous two seasons, when they won all but three each year. That situation has renewed the debate about what is known as team orders, one of racing’s most misunderstood and disparaged concepts.

The orders can take many more or less subtle forms, and can be used in a variety of circumstances. But the most obvious and often most controversial kind of…