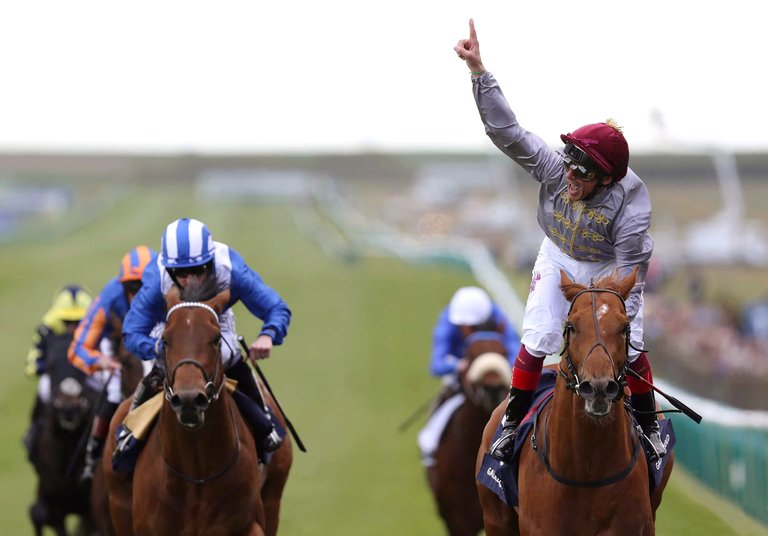 The jockey Frankie Dettori riding Galileo Gold, right, to victory in the 2000 Guineas Stakes in April.

After his chestnut colt Galileo Gold won the 2000 Guineas Stakes in late April, Hugo Palmer’s thoughts naturally turned to the Epsom Derby, the next — and greatest — leg of the English Triple Crown. Palmer, who is only in his sixth year as a trainer, had dreamed of saddling a Derby winner since he had watched Lammtarra win the race two decades earlier.

But what Palmer, 35, had seen in the robust Galileo Gold suggested he would not stay the additional half-mile from the Guineas to the Derby. Seeking scientific evidence, he sent a blood sample from Galileo Gold to an Irish equine genetics company, Equinome.

“Was there a chink of light, genetically, that might suggest that I was wrong?” Palmer wondered. “Unfortunately, there wasn’t.”

Equinome informed him that Galileo Gold fell into a group of horses that usually prefers distances up to a mile. Statistically, he was unlikely to appreciate the Derby distance. Palmer decided to bypass…