You Are Here: Home → Sports Briefing: Rangers’ Colby Lewis Misses Out on a No-Hitter Sports Briefing: Rangers’ Colby Lewis Misses Out on a No-Hitter 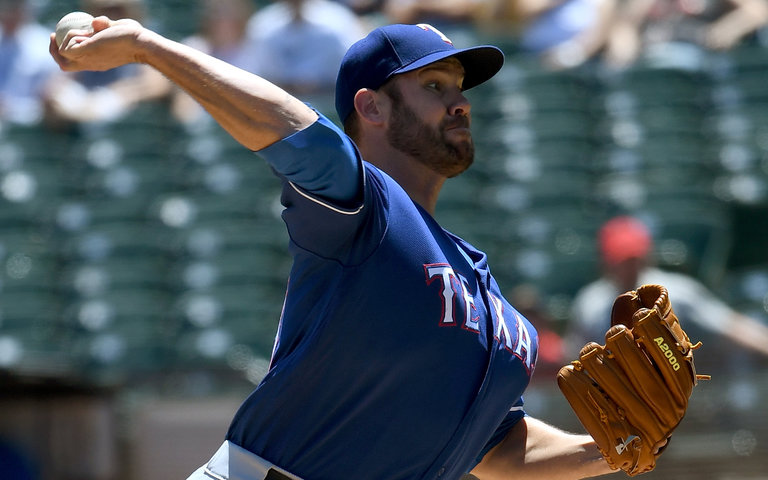 Texas’ Colby Lewis took a perfect game into the eighth inning and a no-hitter into the ninth against Oakland.

Colby Lewis took a no-hit bid into the ninth inning for Texas before Max Muncy broke it up with a leadoff double that glanced off right fielder Nomar Mazara’s glove as the Rangers won at Oakland, 5-1, on Thursday.

Lewis was perfect until walking Yonder Alonso with two outs in the eighth.

Muncy began the ninth with a drive to deep right field. Mazara, a rookie who had made a running catch to rob Muncy of a hit in the third, ran hard toward the corner and tracked down the ball but could not hold on as he crashed into the padded wall.

Mazara looked at his glove as he retrieved the ball. David Feldman, the official scorer, immediately called the play a double, ending Lewis’s quest for Texas’ first no-hitter in 22 years.

Two batters later, Lewis (6-0) lost his shutout when left fielder Ryan Rua could not make a diving catch on a blooper by Coco Crisp that went for a run-scoring double.