You Are Here: Home → Sports Briefing: Usain Bolt Wins a Tuneup and an American Hurdler Breaks a Record 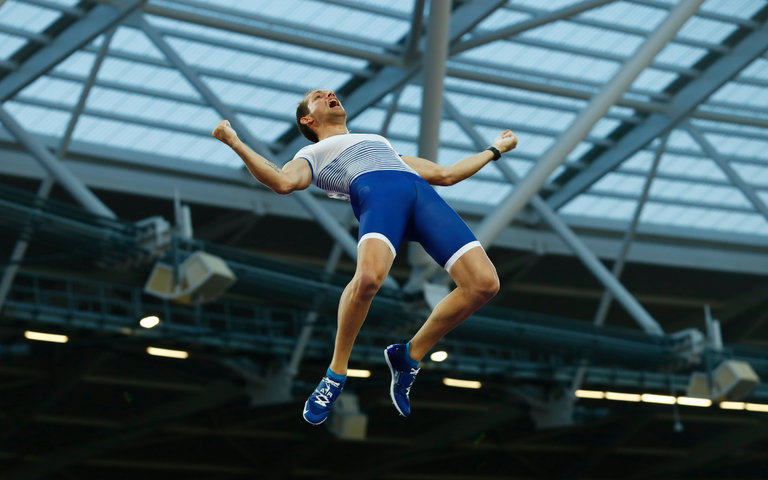 Renaud Lavillenie of France after one of his pole vaults Friday in the Diamond League meet in London. Lavillenie, the 2012 Olympic gold medalist, won the event with a best vault of 5.90 meters (19 feet 4 inches).

Usain Bolt looked in fine shape for the Olympics on Friday in London as he won his last race before Rio de Janeiro in his return from a leg injury.

Keni Harrison also looked more than ready for Brazil by breaking a 28-year record in the 100-meter hurdles, but Harrison is not going to the Olympics.

While Bolt is Rio-bound despite being forced to pull out of the Jamaican trials with a hamstring injury, Harrison failed to make the United States track squad after a poor performance at the trials. Instead, she will have to settle for her record-breaking night at the London Diamond League meet.

Harrison, 23, ran 12.20 seconds at the site of the 2012 Olympics to surpass Yordanka Donkova’s record of 12.21 set in 1988. She finished ahead of her compatriots Brianna Rollins and Kristi Castlin, who both qualified for the Olympics.