So it would appear.

Shawn Harrington was one of the bit players in “Hoop Dreams.” A sophomore point guard at Marshall who moved from the junior varsity to the varsity during that glorious 1991 tournament run, he had his own star turn a few years later. After bouncing around several colleges — during which time he both got a degree and became a first-team Division II All-American — Harrington returned to the West Side, where he raised a daughter and eventually became an assistant coach for the Marshall basketball team. His first year as an assistant, 2008, Marshall won the state championship that had eluded the “Hoop Dreams” team. 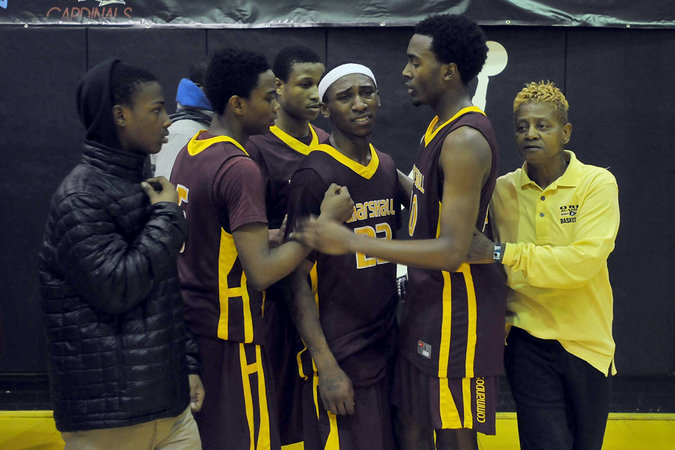 Tim Triplett, a Marshall High star, broke down after hearing Shawn Harrington had been shot. He would be killed in April 2015.

“When I left for school,” he told me when I met him this week, “my mom said she hoped I would never come back. She was happy that I was away. She didn’t have to worry.”

“I had the dream like any other player in Chicago to play in the N.B.A.,” he added….