You Are Here: Home → Sports of The Times: In Muhammad Ali, an Example of a Truer Kind of Bravery in Sports Sports of The Times: In Muhammad Ali, an Example of a Truer Kind of Bravery in Sports 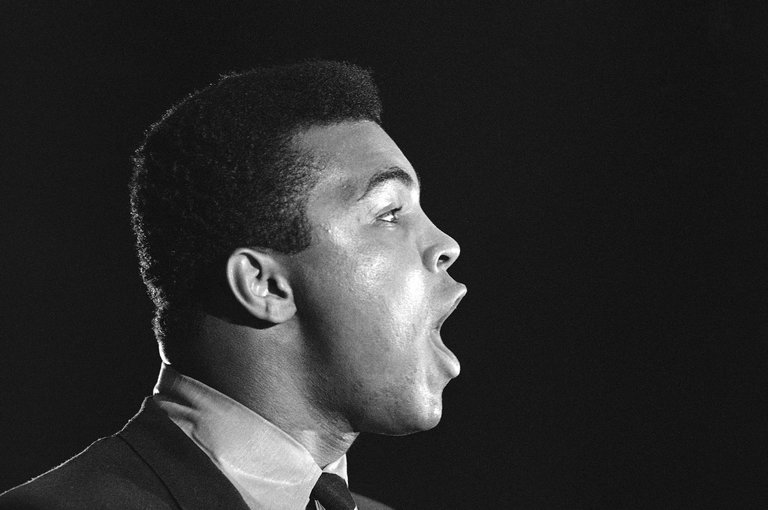 Muhammad Ali, who was deposed as the world heavyweight champion for refusing to fight in Vietnam, addressing an antiwar rally in May 1967.

I was not yet a teenager when I wandered into the living room of our rent-controlled apartment on the Upper West Side. I saw my parents sitting silently by our black-and-white television, listening as a young black boxer, Muhammad Ali, talked.

“My conscience won’t let me go and shoot them,” Ali said in that rat-a-tat-tat stream-of-consciousness style of his. “They never called me nigger, they never lynched me, they didn’t put no dogs on me.”

“How can I shoot those poor people?” he added. “Just take me to jail.”

Just take me to jail. Those words registered as astonishing. Here was this great, sexy fighter on the cusp of fame and fortune, a physically pretty man who recited doggerel and who graced the covers of magazines. And he was willing to march off to prison to protest an unjust war.