You Are Here: Home → Sports of The Times: Nearing Another Tour de France Title, Chris Froome Has to Hurry Sports of The Times: Nearing Another Tour de France Title, Chris Froome Has to Hurry

Bardet is 23 seconds behind Froome, and Rigoberto Urán of Colombia is 29 seconds back. So the final stages have had a little more suspense than they have in recent years. Last year, Froome won by about four minutes. The year before, he won by just over a minute. In 2013, he won by about four and a half minutes. In road cycling, such time gaps are ages, really.

This year, Froome doesn’t have the same cushion. Friday’s flat stage did not change the overall standings. So that leaves Saturday’s time trial in Marseille to decide who will stand on the podium in Paris. Froome said he “would fancy my chances” in that 14-mile not-so-flat time trial because, among the top three riders, he is the best at it.

But at this Tour, you never know. Just look at what happened to some of the prerace favorites. Many didn’t get very far. 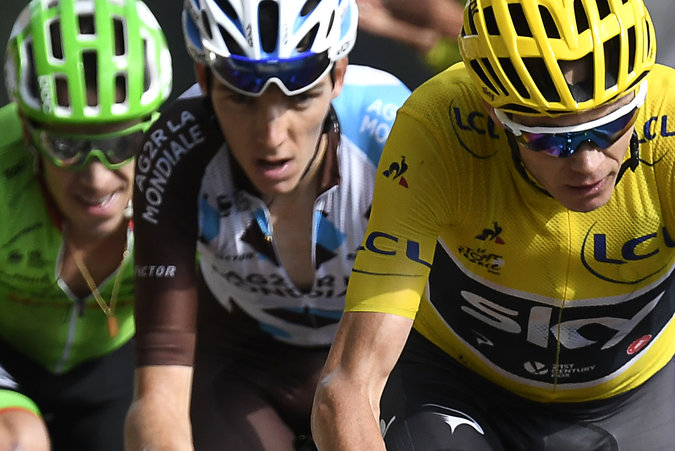 The Tour’s top three riders — from right, Froome, Romain Bardet of France and Rigoberto Urán of Colombia — are within 30 seconds of one another heading into Saturday’s decisive stage.