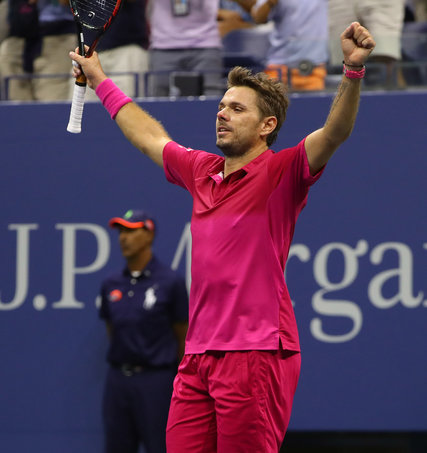 Stan Wawrinka had previously defeated Novak Djokovic at the 2014 Australian Open and the 2015 French Open.

For the third time in the last three seasons, Stan Wawrinka has done the toughest thing in tennis: stop Novak Djokovic in a Grand Slam tournament.

He has had to solve the riddle of the elastic Djokovic to win them all. Wawrinka surprised Djokovic in the quarterfinals en route to the 2014 Australian Open title; stunned him in the final to win the 2015 French Open; and has now beaten him in Arthur Ashe Stadium, too.

“Honestly, this is amazing,” Wawrinka said. “I came here without expecting, without setting a goal to win it, but every time I stepped on the court, I was trying to win every match. I think I played quite a lot of tennis these two weeks. I’m completely empty; I had to bring everything I had today against Novak.”

At this stage, it is hard to call…