You Are Here: Home → Stanley Cup? Best round of NHL playoffs could be second round

Stanley Cup? Best round of NHL playoffs could be second round

SportsPulse: The Vegas Golden Knights are rewriting the history books on what it means to be an expansion team and in the process captivating a city. Our NHL insider Kevin Allen believes their magical run could end with a Stanley Cup.
USA TODAY Sports 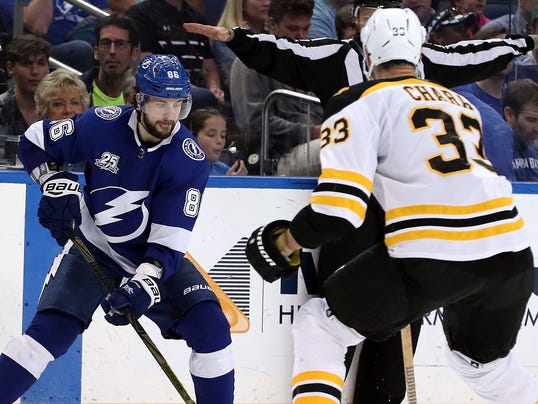 The NHL’s best player vs. the top goal scorer of this generation. A goalie match-up with both goalies boasting save percentages at .970 and above.  A dazzling band of goal scorers playing against the NHL’s most skilled defensive corps.

So much to talk about in the second round of the NHL playoffs.

Tuukka Rask looking to prove he’s a big-game goalie. Alex Ovechkin trying to win his first Stanley Cup. Winnipeg seeking to become the first Canadian team since 1993 to win a Stanley Cup. The Penguins’ quest for a third Stanley Cup in a row.

Is Joe Thornton playing? Will Barry…