You Are Here: Home → Super Bowl LI: What to Expect From the Patriots and Falcons Super Bowl LI: What to Expect From the Patriots and Falcons

■ The Patriots are certainly not lacking Super Bowl appearances, with this representing the seventh chance for a ring in the Tom Brady Era. The Falcons are in mostly uncharted territory for them, as the team has not appeared in a Super Bowl since the Chris Chandler-led 1998 team. Tevin Coleman, one of the team’s running backs, was only 5 when the Falcons lost to John Elway and the Denver Broncos.

Here’s how the Patriots and Falcons advanced to Super Bowl LI: 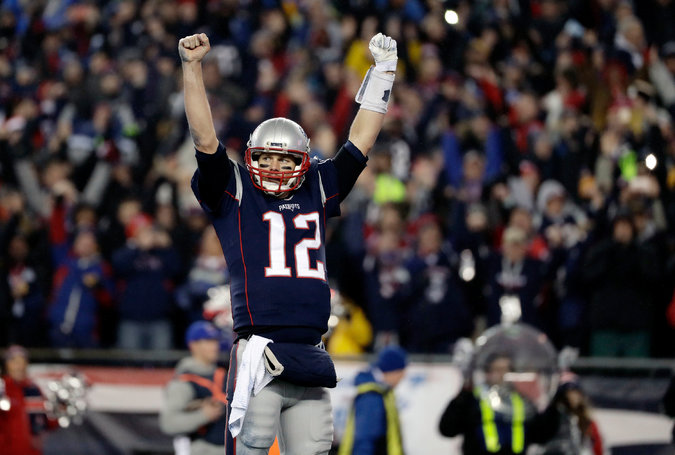 Patriots quarterback Tom Brady celebrated after throwing a touchdown pass in the second half.

Tom Brady and Chris Hogan Too Much for Steelers

Tom Brady of the New England Patriots will get a chance to be the first quarterback to win five Super Bowls after a 36-17 dismantling of the Pittsburgh Steelers in the A.F.C. championship game.

From start to finish on Sunday, Brady and the Patriots offense had the Steelers’ defense on its heels. The 16-year veteran completed 32 of 42 passes for 384 yards and 3 touchdowns, overcoming a fairly…