You Are Here: Home → Terry Collins Dwells Only on the Job, Not on Job Security Terry Collins Dwells Only on the Job, Not on Job Security 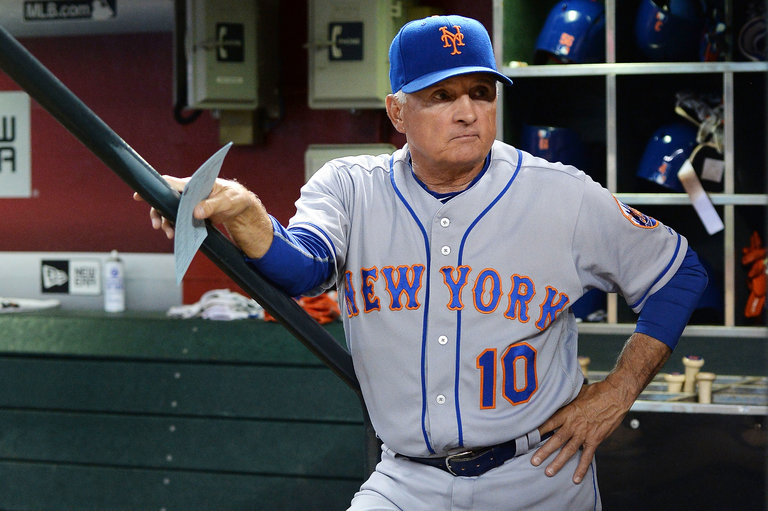 The Mets Manager Terry Collins has worked in baseball for four decades. “‘Oh, will I be here tomorrow?’ You can’t worry about that stuff,” Collins said.

SAN FRANCISCO — Away from the noise of a sputtering season, Mets Manager Terry Collins finds his solace in exercise. Collins, at 67 the oldest manager in the major leagues, arrived at AT&T Park five hours before Saturday’s game against the San Francisco Giants to jog on the treadmill.

“To have my own time when the phone is not ringing,” he said, leaning on a stack of boxes in the tunnel to the visitors’ dugout. “I just need my own space for a while.”

Life after a World Series appearance can be tough. When the Mets won the National League pennant last season and were powered by young pitching, they were supposed to be a dominant force for the next few years.

Instead, the Mets’ clearest path to the playoffs this season is through a wild card. Entering Sunday, they sat four and a half games out of the second National League berth.

The Mets have been rocked by major…