You Are Here: Home → Terry Collins, Soon to Be the Mets’ Longest-Tenured Manager, Still Relishes the Job Terry Collins, Soon to Be the Mets’ Longest-Tenured Manager, Still Relishes the Job

“I’m thrilled to still be here,” said Collins, who will turn 68 this month. “This is a great place to manage. It’s really fun. A tremendous fan base with great passion for the team and the game.” 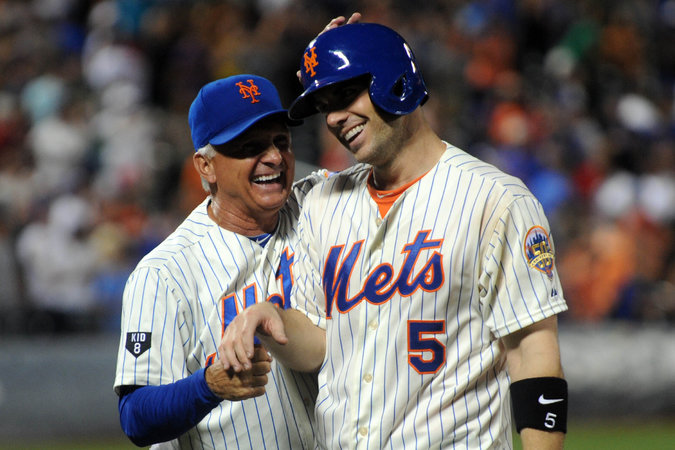 Collins, left, with David Wright, in 2012. “If he does feel pressure or that he’s under the microscope, he certainly doesn’t let that affect the way he communicates and kind of deals with us,” Wright said of Collins.

The record is approaching during a particularly rough stretch for the Mets. They have lost four in a row as their record has slipped to 16-20. Pitcher Matt Harvey recently served a three-day suspension for failing to show up for a game the night before one of his starts. Reliever Jeurys Familia needed surgery to treat a blood clot. Because of inconsistent performances from, and injuries to, critical pitchers like Noah Syndergaard, the Mets’ once vaunted staff has been among the worst in the major leagues.

“You get up in the morning around here, and you don’t know what you’re going to face,”…