You Are Here: Home → The Rams Bank on Playoff Football to Win Over Los Angeles The Rams Bank on Playoff Football to Win Over Los Angeles

“If they say, 10, 15 grand for a seat license, it’ll be DirecTV, here I come,” said Stanley, who works at hardwood specialty products company.

The success of those sales campaigns will amount to a referendum not just on the Rams’ and Chargers’ popularity, but on the wisdom of the N.F.L.’s decision to let two teams move to Los Angeles. If the stadium is perceived as a pricey and exclusive luxury, the league’s goal of reintegrating itself into the country’s second largest market could sputter further.

Attendance at Rams games fell 24 percent this year, as the novelty factor of their maiden 2016 season wore off. The number of households watching Rams games dipped six percent this season. The Chargers struggled to fill the 30,000-seat StubHub Center, a soccer stadium where Chargers fans were often outnumbered by fans of the visiting team. 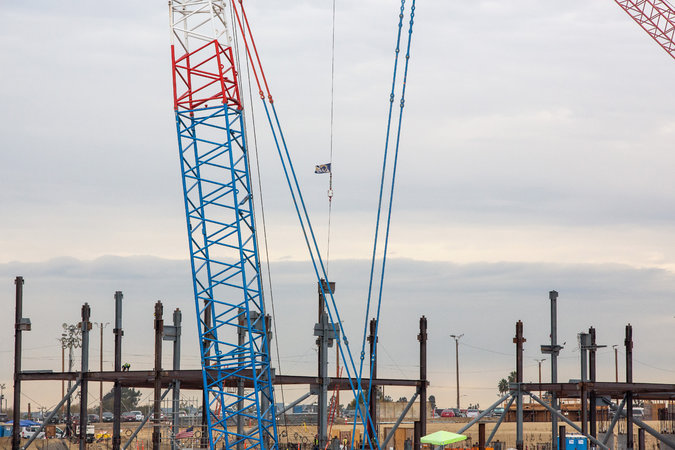 A Rams flag flies at the construction site for the new stadium.

“Everyone knows we’re the new kids of the block,” said Dean Spanos, the Chargers owner. “We knew coming up…