You Are Here: Home → Tim Tebow Suggests He Won’t Speak at Republican Convention 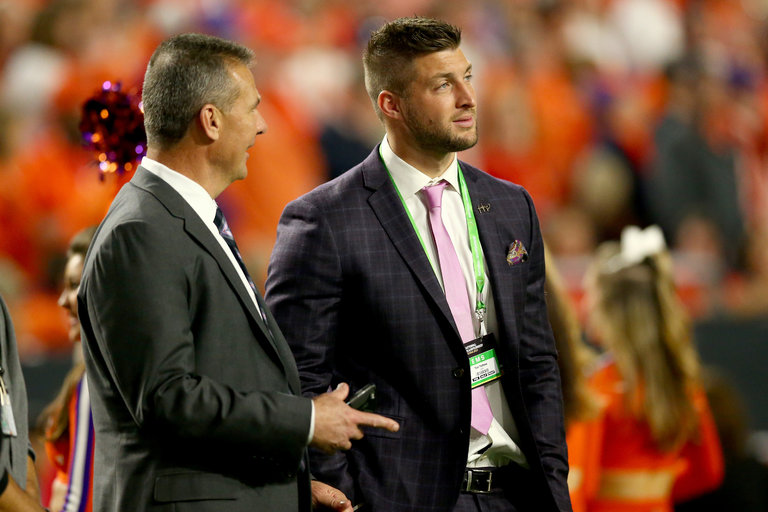 Tim Tebow, right, spoke with Urban Meyer, who coached him at Florida, at the 2016 College Football Playoff title game in January.

For a guy who has not played in a competitive football game in almost four years, Tim Tebow has a way of making news and polarizing opinion.

Tebow, in a video posted to his Instagram account Thursday night, seemed to deny reports that he will speak at the Republican National Convention in Cleveland next Thursday.

“It’s amazing how fast rumors fly, and that’s exactly what it is — a rumor,” Tebow said in the 27-second video.

A roster of speakers obtained by The New York Times had earlier suggested that Tebow would speak on the fourth and final night of the event. Although the astronaut Eileen Collins, the billionaire Peter Thiel and many Republican dignitaries were among those on the list, Tebow — who started 16 games in the N.F.L. — had drawn the most attention.

After a Heisman Trophy career at Florida, Tebow headed for the N.F.L. In his second season with the…