You Are Here: Home → Time and a Relentless Clock Weigh on Hamburg Soccer Team Time and a Relentless Clock Weigh on Hamburg Soccer Team

“I don’t know if it’s a blessing or a curse right now,” said Toben Baumgarten, 24, a fan of the team since childhood. “This can be a point of pressure on the team. They have to keep the clock running.”

Hamburg moved up one place last weekend to 16th in the 18-team league, with 15 games remaining. In the Bundesliga, the bottom two teams at the end of the season are automatically relegated. The third-to-last team must play a two-legged playoff series against the third-place team from the second division, with the winner awarded the final spot in the upper tier. Hamburg grabbed that lifeline in 2014 and 2015, pulling itself to safety and keeping its clock ticking.

The club’s poor play, for now, has not much dampened its support. There were 45,653 fans at the game on Friday, many of them eager to diagnose the team’s ills, to offer variations on similar themes: The players are afraid to lose; history has handcuffed the club; moves geared toward short-term self-preservation have suppressed big, fresh ideas. 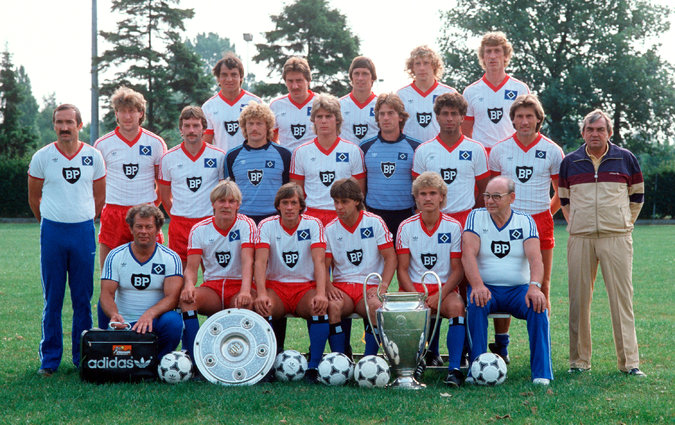 The Hamburg squad on July 1, 1983, with the Bundesliga trophy, left, and the European…