You Are Here: Home → Tony Romo Retires From N.F.L. and Heads to CBS, Replacing Simms 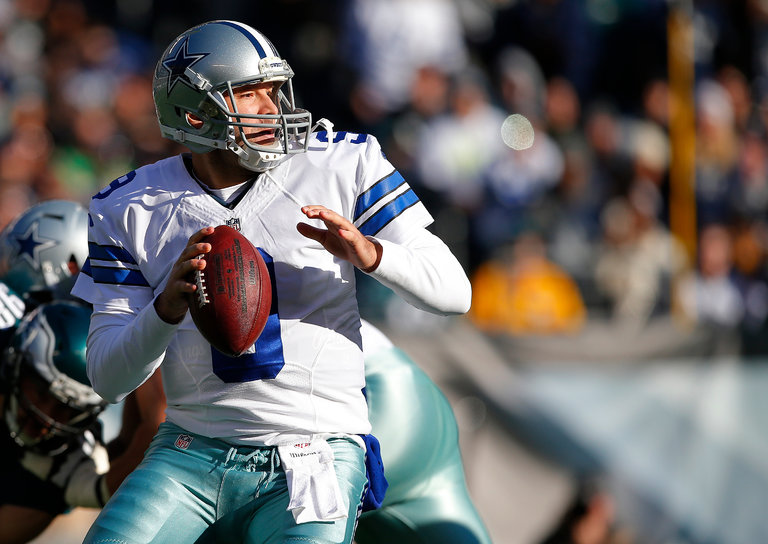 Dallas Cowboys quarterback Tony Romo during a game against the Eagles on Jan. 1 in Philadelphia.

No one has passed for more yardage or more touchdowns in a Dallas Cowboys uniform than Tony Romo. Not Troy Aikman, Roger Staubach, Danny White or Don Meredith.

But Romo has apparently completed his last pass for the team. After losing his starting job last season, he is retiring as a player to become the lead football analyst for CBS Sports, replacing Phil Simms.

CBS announced the hiring on Tuesday and said that Romo would join the play-by-play man Jim Nantz and the sideline reporter Tracy Wolfson on the lead announcing team. “We know Tony will quickly develop into a terrific analyst,” the news release said.

On Tuesday afternoon, Romo posted on Twitter a photograph of himself in a CBS blazer with the message, “I guess it’s time to start dressing up.”