You Are Here: Home → Tortorella 'not backing off' vow to bench players over anthem 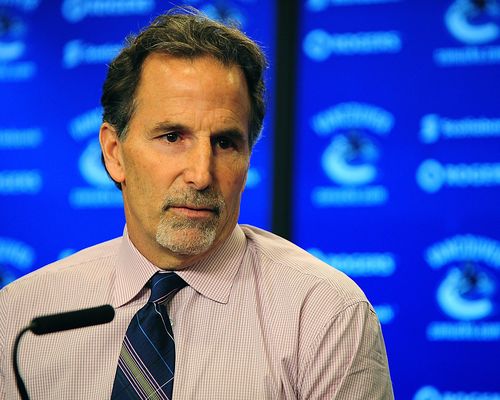 Tortorella 'not backing off' vow to bench players over anthem

“I don’t know what’s being written out there and I don’t care,” John Tortorella says.(Photo: Anne-Marie Sorvin, USA TODAY Sports)

COLUMBUS — U.S. World Cup of Hockey coach John Tortorella said he has heard from “a number” of people regarding his Tuesday vow to bench any player who doesn’t stand for the national anthem and he hasn’t changed his mind.

“I’m not backing off — I’ll tell you right now,” Tortorella said. “Try to understand me. I’m not criticizing anybody for stepping up and putting their thoughts out there about things. I’m the furthest thing away from being anything political. No chance I’m involved in that stuff. (But) this is your anthem. This your flag. That shouldn’t come into play for a second.”

Tortorella has a son serving in the military overseas, and on Wednesday a military representative made a scheduled inspirational speech to the players as part of their preparation to represent USA in the World Cup of Hockey, starting Sept. 17 in Toronto.

“We are playing hockey,” Tortorella said. “Other people are doing real stuff. This gentleman who spoke to us this morning is doing the real stuff. Life and death. We just want to…