You Are Here: Home → Tottenham 2, Arsenal 0: Tottenham Keeps Arsenal in Its Wake and Chelsea in Its Sights Tottenham 2, Arsenal 0: Tottenham Keeps Arsenal in Its Wake and Chelsea in Its Sights 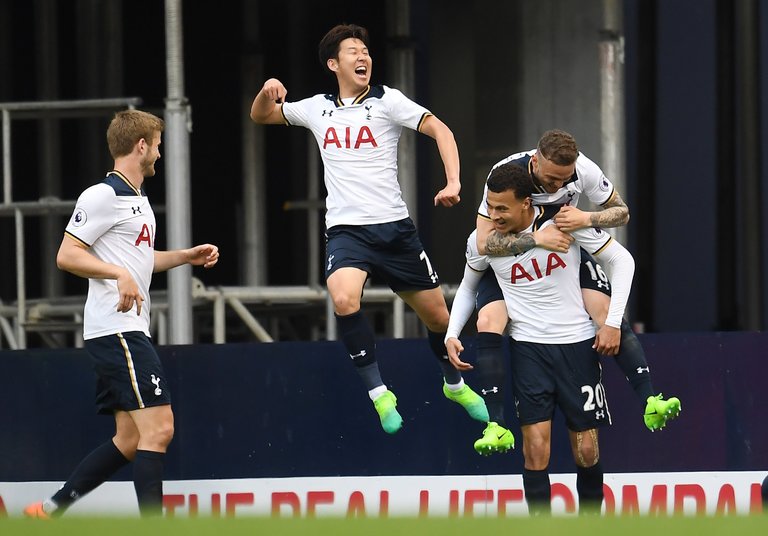 Chelsea had extended its advantage to 7 points by winning, 3-0, at Everton earlier in the day, but Mauricio Pochettino’s Spurs cut the gap back to 4 points with a thrilling display.

The two goals arrived within 146 seconds of each other in the second half, with Alli polishing off a rebound and Kane converting a penalty.

The victory also ensured that Spurs will finish above Arsenal for the first time since 1995, ending 22 years of what is know as St Totteringham’s Day — the unofficial holiday celebrated by Arsenal fans when their team could no longer be overtaken by Tottenham in the league table.

Spurs will play at Wembley next season before moving into its new stadium — which is being built partly on the site of the team’s current home — in August 2018….